9.30-10.10 The cellular and synaptic organization of a cortical column in mouse visual cortex

Using one or more sets of tools. We will modify based on participant survey.

-to query the data via a python API (Forrest Collman)

In this workshop we begin by introducing the publicly available datasets, then we will present 3 scientific studies using these data. The second part of the workshop we will introduce 3 different ways of interacting with the datasets and participant immediately can start to work on their projects using the datasets.

The value of an integrated approach for understanding the neocortex by combining functional characterization of single neuron activity with the underlying circuit architecture has been understood since the dawn of modern neuroscience. However, in practice, anatomical connectivity and physiology have been studied mostly separately. With more than an order of magnitude increase in scale from previous studies that have combined physiology and anatomy in the same tissue, here we present a unique functional connectomics dataset that contains calcium imaging of an estimated 75,000 neurons from primary visual cortex (VISp) and three higher visual areas (VISrl, VISal and VISlm), that were recorded while a mouse viewed natural movies and parametric stimuli. The functional data were co-registered with electron microscopy (EM) data of the same volume which were automatically segmented, reconstructing more than 200,000 cells (neuronal and non-neuronal) and 524 million synapses. Subsequent proofreading of some neurons in this volume yielded reconstructions that include complete dendritic trees as well the local and inter-areal axonal projections. The largest proofread excitatory axon reached a length of 19 mm and formed 1893 synapses, while the largest inhibitory axon formed 10081 synapses. Here we present this dataset as an open access resource to the scientific community including a set of analysis tools that allows easy data access, both programmatically and through a web user interface.

Preprint: MailScanner has detected a possible fraud attempt from "nam12.safelinks.protection.outlook.com"

Abstracts for the scientific talks:

Mammalian cortex features a large diversity of neuronal cell types, each with characteristic anatomical, molecular and functional properties. Synaptic connectivity rules powerfully shape how each cell type participates in the cortical circuit, both in how a cell integrates input and distributes output. However, comprehensively mapping synapses and connectivity across large populations of neurons remains difficult. Here, we used millimeter-scale volumetric electron microscopy to reconstruct a “core sample” of the full dendritic morphology and synaptic input of all neurons (1183 excitatory and 164 inhibitory) along a 100 micron column spanning all layers of visual cortex. Quantitative morphological and synaptic features were used to classify excitatory cells into distinct types, many corresponding to known subtypes based on axonal projection. To relate these types to single-cell connectivity, we reconstructed axonal arbors for all inhibitory interneurons, mapping more than 70,000 synapses onto other columnar cells, unveiling a wiring diagram of inhibition. We found widespread subtype-selective inhibitory targeting compared to null connectivity models, including interneurons specifically targeting spatially-intermingled excitatory subtypes within layer 2/3, layer 5, and layer 6. The precise location of inhibitory synapses was also highly specific. In addition to canonical patterns of synaptic targeting — basket cells target soma and proximal dendrites and Martinotti cell target distal and apical dendrites — we also found interneurons that inhibit proximal dendrites but not somata, as well as neurons that selectively inhibit deep layer apical dendrites. We also find disinhibitory-specialist interneurons, not only canonical bipolar cells that specifically target Martinotti cells, but also interneurons that preferentially target basket cells. Taken together, these data provide novel synaptic characterization of excitatory subtypes and reveal new principles of cortical inhibition, suggesting that a broad collection of inhibitory subtypes can precisely control distinct excitatory and inhibitory subnetworks. Looking forward, this work provides a powerful foundation for linking recent multimodal neuronal atlases with the cortical wiring diagram.

The large thick tufted layer 5 pyramidal cell (TTL5) is arguably the most well recognized and studied excitatory neuron in the neocortex. It provides the main cortical projection to most subcortical areas. The synaptic interactions within the layer 5 neurons have been extensively studied, however we lack a full quantitative description of its local connectivity, let alone their projection to other cortical areas. Here we use a 1mm3 electron microscopic (EM) dataset of a mouse visual cortex, including primary (V1) and higher order visual areas (HVAs), to examine the target preference of the TTL5s, including their inter-areal connectivity. The EM volume has been fully segmented using automated methods including the identification of synapses and the TTL5s have been proofread and their postsynaptic targets are identified based on morphology and target preference and assigned to a cell type. We investigated 4443 synapses formed by TTL5s and the result was surprising, the local arbor of all the TTL5s formed approximately two thirds of its synapses with inhibitory cells with very few recurrent connections (~2%) with other TTL5s. In addition, the inhibitory cell types targeted by TTL5s are distinct, as they preferentially provide feedback inhibition back to TTL5s, even though there are other more common layer 5 excitatory cell types. Finally, and in contrast with local connections the inter-areal axon of the TTL5s formed the majority of their synapses with excitatory targets. These results provide a novel view of the role of TTL5s pyramidal cells in the cortex, with little recurrent connections while providing widespread inhibition to silence local excitatory networks especially the other TTL5s as they transmit the information subcortically. Our results also show a novel circuit motif where a sub-classes of excitatory cells forms a sub-circuit with specific inhibitory cell types. We propose that this motif might generalize to other excitatory sub-classes.

Mammalian neocortex contains a highly diverse set of cell types. These types have been mapped systematically using a variety of molecular, electrophysiological and morphological approaches. Each modality offers new perspectives on the variation of biological processes underlying cell type specialization.  While many morphological surveys focus on branching patterns of individual cells, fewer have been devoted to sub-cellular structure of cells. Electron microscopy (EM) provides dense ultrastructural examination and an unbiased perspective into the subcellular organization of brain cells, including their synaptic connectivity and nanometer scale morphology.  Here we present the first systematic survey of the somatic region of 100,000 cortical cells, using quantitative features obtained from EM. This analysis demonstrates a surprising sufficiency of the perisomatic region to recapitulate many known aspects of cortical organization, while also revealing novel relationships. Parameters of cell size, nuclear invagination and somatic synaptic innervation co-vary with distinct patterns across depth and between types. Further, we describe how these subcellular features can be used to create highly accurate predictions of cell-types across large scale EM datasets. More generally, our results suggest that the shifts in cellular physiology and molecular programming seen across cell types accompany profound differences in the fine-scale structure of cells. 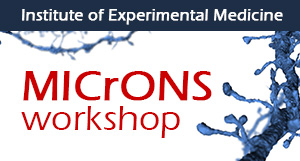